‘King of Cool’ Steve McQueen and horror-meister John Carpenter both became Hollywood legends in their own right. But do you know who gave them their first big break in the movie biz? The Blob’s producer, Jack H Harris, that’s who!

Jack had a unique ability to discover diamonds in the rough–giving them the opportunity they needed to soar to great heights in their careers. This extraordinary ability is affectionately referred to at the Home of the Blob as The Jack H Harris Effect.

Steve McQueen first caught Jack’s eye when he spotted him in a small supporting role on the T.V. anthology series, Playhouse 90. As fate would have it, Jack was invited to a Broadway play the following week. The play was A Hat Full of Rain, starring Shelley Winters and Ben Gazzara. But the night Jack attended, Gazzara had taken ill, and his understudy, Mr. Steve McQueen himself, performed instead. Jack said he was “enthralled by the production and by Steve’s performance.”

At the time, Jack had been deeply involved in the pre-production of his first film, The Blob, and was convinced that he had found the star of the movie in McQueen. But his production partners and its director, Shorty Yeaworth, were against it. They argued that the actor had a reputation for being difficult. But Jack was adamant and, in the end, he prevailed.

In his autobiography, Father of the Blob, Jack wrote: “After much haggling, I pulled my rank and said, ‘It’s my idea. I’m the producer. I financed it. I want Steve McQueen to be our star.'” The rest is Hollywood history. The small budgeted film grossed over five million dollars when it was released in 1958 and went on to become a cult classic that is still very popular today.

As for The Blob’s star, Steve McQueen enjoyed a meteoric rise of his own. Even before The Blob was released, the head of Four-Star Productions, actor-producer Dick Powell, saw a rough cut of the movie and offered McQueen the starring role in the T.V. series, Wanted: Dead or Alive. It wasn’t long before he made a successful leap back onto the big screen, where he achieved Super Star status. Awarded the title of “The King of Cool,” he was loved by women and men wanted to be him.

Famed director-screenwriter John Carpenter was a senior at USC when he and his fellow classmate, Dan O’Bannon, came to Jack with their student film, a sci-fi saga entitled Dark Star. Set in the future, Dark Star tells the story of a space ship whose mission is to destroy any and all unstable planets in the universe threatening to endanger the existence of Planet Earth.

While Jack found the film flawed, he was impressed enough to advance the young students the funds to recut the movie and add some suggested action scenes. Jack was very impressed with the re-edited film and, like many of the projects he was involved with, Dark Star was a hit that later evolved into a cult classic.

These are just two of the many celebrities whose pathway to success was tied to the Father of the Blob. Stay tuned for more stars who got a career boost from The Jack H. Harris Effect in future blogs. You won’t want to miss it! 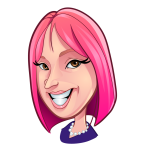